Beetle Diet: What Do Beetles Eat?

Beetles are quintessential insects—they have a head, abdomen, thorax and multiple legs. Their outer bodies are tough and solid. Their jaws are strong and solid, with chewing mouthparts that are well adapted to eat a wide variety of food. Interestingly, many beetles have wings, or more specifically, modified wings. The first pair of wings serves primarily a protective purpose, as they are small, but quite hard. The second pair of wings allows some breed of beetle to fly. Many beetles catch our attraction with their brightly colored outer shells. 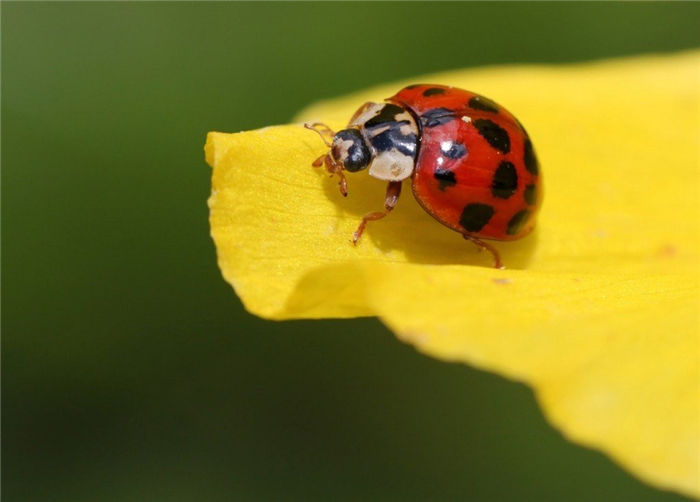 Beetles belong to an insect class called Coleoptera, which is a Greek word that means “sheath-wing”. Coleoptera happens to be the largest order of the class of insects. Many evolutionary scientists opine that a few thousand species of this order have yet to be identified. Presently, there are 400,000 known species of beetle already!

Because there are so many species of beetles, their diet can vary greatly. From decaying leftovers to aquatic creatures, they have manifested remarkable feeding abilities. Diving into that a bit deeper let’s take a look at typical food that different varieties of beetles eat.

Recommended Video for you:

Most beetles are herbivores, meaning they feed exclusively on plants. This includes roots, leaves, seeds, nectar, crops, and fruits. Beetle breeds like the cottonwood leaf beetle and elm leaf beetle consume leaves. This leaves holes in the leaves, which finally results in leaf discoloration and eventual death! 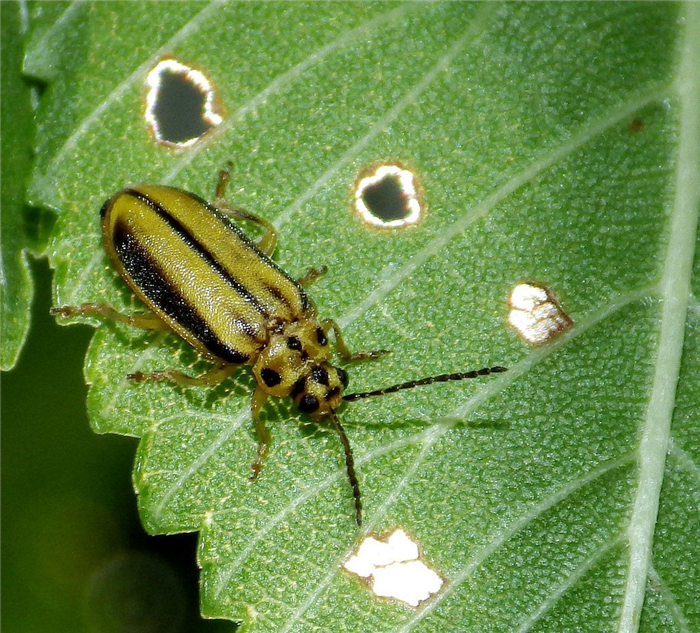 Beetle varieties like rice weevils and primitive weevils feed on crops like rice and grains. They are abhorred by farmers for their crop-eating addiction. Driedfruit beetles and figeater beetles devour fruits and figs, as their names imply. Their diet typically includes soft fruit, persimmons, fallen citrus and figs.

Many beetle varieties are similar to termites, in that they feed on wood. Beetles like the longhorn beetle and powder post beetle can cause extensive damage to a living tree. They are nefarious for gorging on untreated lumber, wooden artefacts, and wooden furniture. 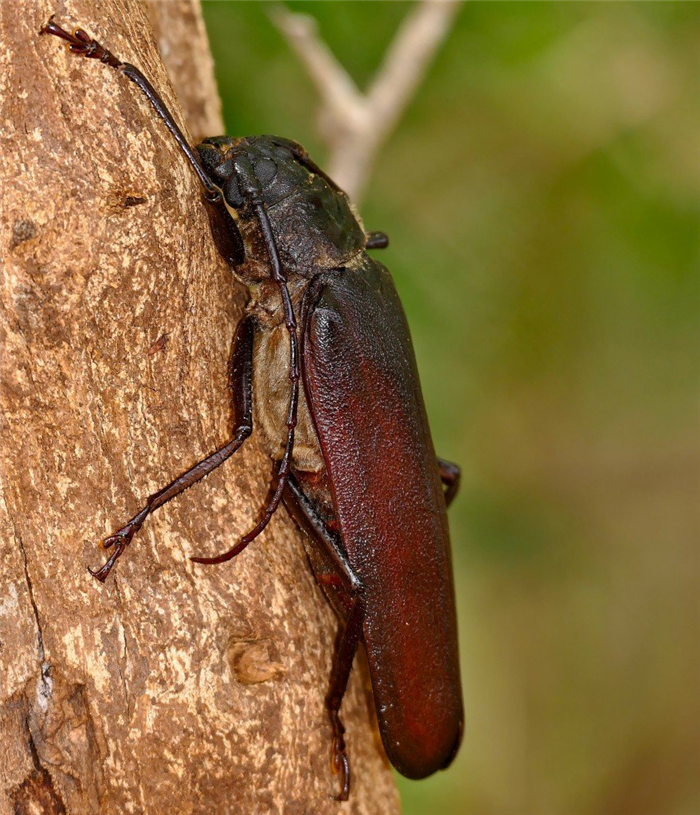 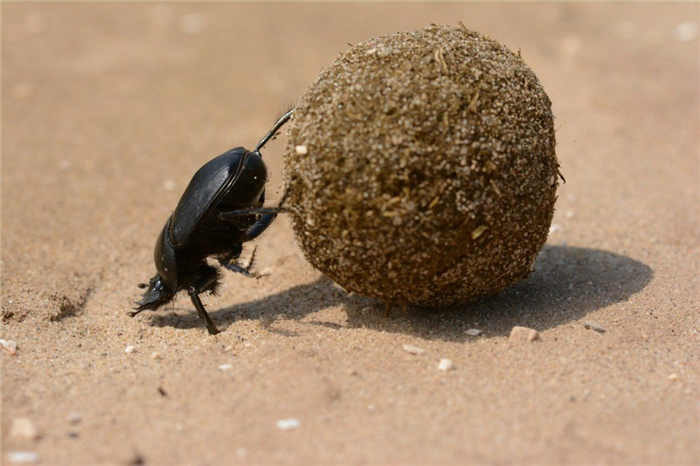 Mildew beetles feed on fungus in damp and moist areas. As fungi is their main source of food, mildew beetle are sometimes found in bathrooms, as these are areas with high humidity levels. High humidity permits the growth and development of both the beetle and their food.

Besides being herbivores and scavengers, some beetles also demonstrate carnivorous habits! Oftentimes, they dine on the larvae of other beetles and insects. Some varieties of ground beetles are infamous for eating larvae. Lady beetles, on the other hand, like other insects. They typically feed on caterpillars, aphids, scale insects, mites, and almost every pest that farmers and gardeners fear. 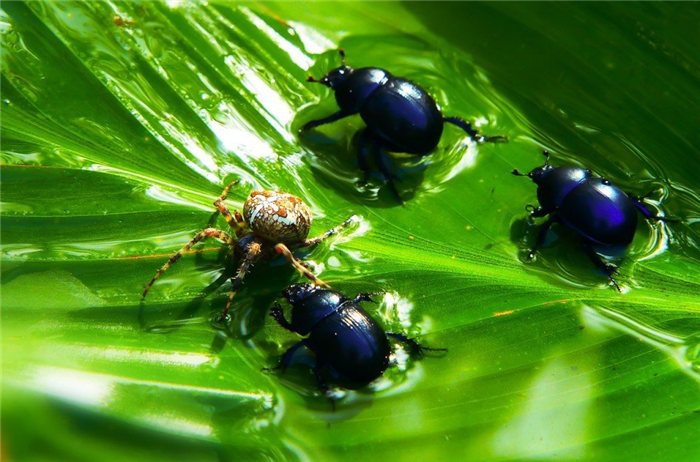 This is most surprising diet of certain beetles. Yes, they eat certain aquatic creatures and amphibians.

Amphibians are larger than beetles and can easily swallow them, but beetles like predaceous diving beetles are able to not only circumvent their predators, but also feast on them! They entice amphibians like frogs and toads to attack them, but when they do so, the beetles whip around and sink in their huge jaws slowly draining the life out of the unsuspecting amphibian. Their sharp jaws inject chemicals that help in digesting such large prey with ease. Some people believe that some beetles can even hunt snakes! 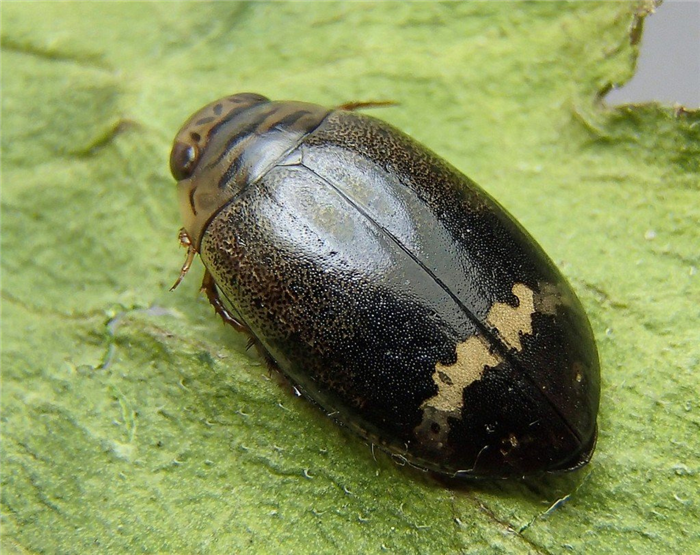 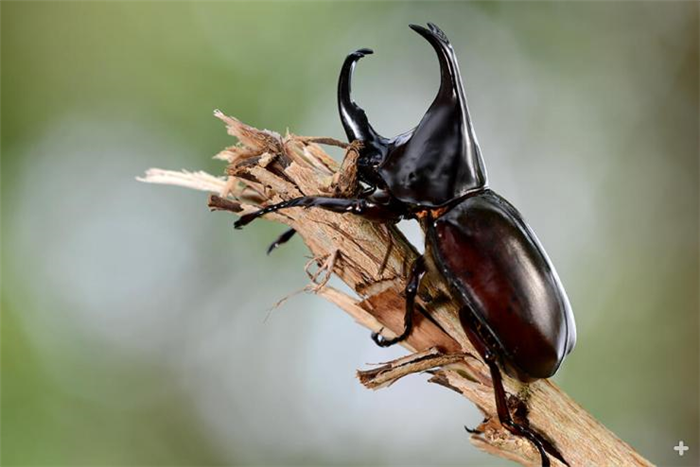 Beetle-mania. Beetles are the largest group in the Animal Kingdom, representing about a fourth of all animals. Currently, more than 350,000 beetle species have been identified. Yet scientists who study beetles (coleopterists) are certain there are thousands more that have not been discovered yet!

You may be familiar with some of the many different beetles by their common names: ladybugs, June bugs, weevils, lightning bugs or fireflies, borers, and potato bugs. No other group has such a range of color, shape, and size. Some beetles are as large as your fist; others are so small they can fit through the eye of a needle. Many are brilliantly colored, like jewels, while others cleverly blend into their environment.

Head— The head is where the beetle’s eyes, mouth, brain, and antennae are found. Some horned beetles have extensions on their head that remind scientists of horns or antlers.

Thorax— The thorax is the powerhouse of the beetle body, divided into three parts. The beetle’s six legs and its wings are attached to these parts. Thick, hardened front wings, called elytra, cover most of the beetle’s body and its back wings offer great protection. Some are able to trap moisture under their wings, helping them survive in deserts where water is scarce. Others can live underwater because they are able to trap air under the elytra.

Abdomen— The abdomen contains the organs for digestion and reproduction. A tough exoskeleton and the elytra protect the beetle’s soft membranes and keep the beetle from drying out or getting waterlogged.

Flexible, long antennae on the beetle’s head act like feelers to help the beetle find food, a mate, and places to lay eggs. They also alert the beetle to vibrations in the air that could mean a predator is near. A beetle uses its legs to regularly clean those important antennae. Tiny hairs on its body and legs, called setae, are sensitive to touch, sound, smell, taste, and light.

Most beetles have compound eyes (eyes that are divided into many six-sided compartments). Compound eyes are very sensitive to movement and can probably see in color. Beetles that rely on vision for hunting (ground beetles) or breeding (fireflies, Lampyridae family) have larger eyes. Whirligig beetles (Gyrinidae family), which swim on the surface of ponds, have divided eyes: one half for vision under water, the other for seeing above the water so they can find food that drops in or floats by. 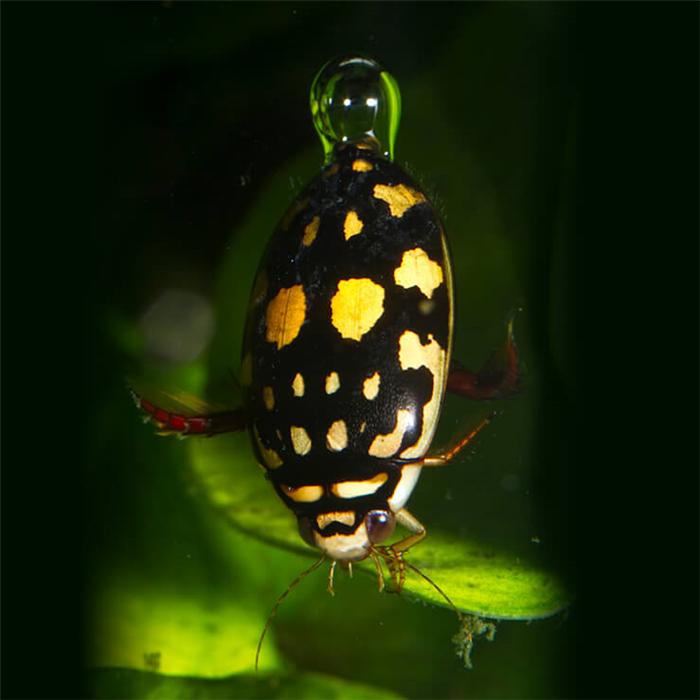 Sunburst diving beetles carry a bubble on their rear end that pulls oxygen from the water and helps the beetle stay under just a little longer.

Most beetles can fly, although they do so in a slow, clumsy manner. Water beetles are good swimmers, and many can fly as well. Some beetles that live in deserts have lost the ability to fly.

All beetles have jointed legs, but leg shape and size varies, depending on the beetle’s lifestyle. For example, long and slender legs are made for speed (ground beetles, Carabidae family); broad and ridged legs are for digging (dung beetles, Scarabaeidae family); legs curved and shaped like a paddle are for swimming (water beetles, Hydrophilidae family); and large hind legs are for hopping (flea beetles, Chrysomelidae family). Some even have a sticky pad on the bottom of each foot to help them walk up slippery surfaces. All beetles have a pair of claws on each foot. Many beetles need the sun to warm their bodies before they can run or fly quickly.

Stay safe! Beetles have a lot of different ways to protect themselves from becoming someone else’s lunch. The hard, shiny elytra is often enough to keep a beetle safe from other insects, or other beetles! Dome-shaped leaf beetles (Coccinelidae family) and ladybird beetles (Chrysomelidae family) pull their legs and antennae under this “shell,” just like a turtle does. Some ladybird beetles release sticky yellow blood from their legs to gum up the antennae and mouthparts of the attacker.

Flightless ground beetles squirt out jets of formic acid, which burns the skin and causes eye damage. Leaf beetle larvae are so poisonous that people of the Kalahari Desert use them to tip their hunting arrows. Brightly colored or patterned beetles usually taste very bad to predators. And camouflage works great for beetles living under rocks or bark, or in the soil.

Beetles are like all insects, they have a head, thorax, and abdomen, and six legs. Their bodies tend to be very solid and tough. They have chewing mouthparts and often have powerful jaws. Adult beetles have modified wings: the first pair of wings is small and very hard, and acts as a protective covering for the second pair of wings. Many beetles can fly with their second pair of wings. Most adult beetles are brown or black, but some are very brightly colored. Beetle larvae look sort of like worms, but they have six legs and a hard head. Beetle pupa can’t move and are covered with a leathery skin.

Where do they live?

Beetles are the most diverse group of insects. There are over 300,000 species known to science, and probably many tens of thousands more still unknown. Beetles are found on land and in fresh water all over the world.

Beetles are found in just about every habitat. Most species live on plants, others tunnel or burrow, some swim.

How do they grow?

Beetles have four different stages in their life cycle. Adult female beetles mate and lay eggs. The eggs hatch into a larval stage that is wingless. The larva feed and grow, and eventually change into a pupal stage. The pupa does not move or feed. Eventually the pupa transforms into an adult beetle.

How do they reproduce?

Female beetles usually lay dozens or hundreds of eggs. Reproduction is often timed to match the time of most available food.